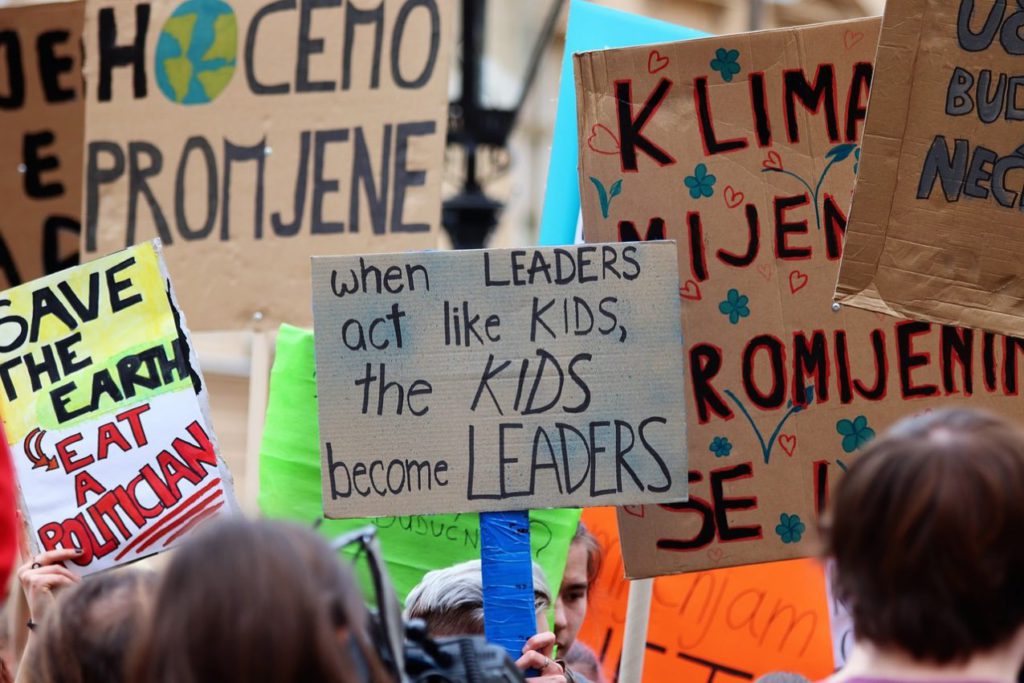 Do you remember the terrible Sandoz chemical accident from Switzerland in 1986? There was an outcry from German environmental groups. Local chapters of Greenpeace gathered on the Rhein Bridge in teeth-chattering cold. I was one of them, standing on this bridge. Six months earlier, the Chernobyl nuclear reactor had exploded. I shrugged off this disaster, but the Sandoz accident drove me to join the local chapter of Greenpeace in Wiesbaden – I wanted to make a difference. Back then, my private life was somewhat chaotic and my commitment subsided because every other attempt – with my studies and and and – was not very successful. If you also followed politics, you realized there was no chance to really make a difference. I believe many of us felt that way. We moved into the private sector, bought our first organic grains at the Frankfurt farmer’s market and saw that there wasn’t much we could influence in politics. Lucky for us, there were others who persevered. The Green Party was created, as well as many organizations and initiatives. But as Gerald Hüther writes in his book “Würde”: We have all been enlightened, we all know the consequences. But the bees are dying, the insects are disappearing and the oceans are tilting. This person or that person does something, and German radio reports on restaurants who have already replaced their plastic drinking straws. But all of it is being done by private individuals.

I ask myself if this isn’t the wrong idea. Of course, it makes a difference if the entire world quits using plastic straws. But at the same time, there is only a handful of food companies worldwide, air traffic increases yearly and there are more gasoline-powered vehicles sold now than ever before.

Is it actually our fault?

Naomi Klein writes in her books that the petroleum companies have enough oil and gas resources available to exploit to overburden our atmosphere fivefold. And as Gabor Steingart wrote in his Morning Briefing from 19. March 2019 in the summary of an environmental report, “in approximately 30 years, there will be 700 million people fleeing” from environmental catastrophes. It has been established, we all know this. Yet our generation did nothing. Many interviews with people between the ages of 40 and 50 show that our generation feels guilty. We needed to be the ones to have stopped it, we needed to have done more.

And again, contradiction creeps up behind me. The majority of us are not environmental professionals, do not know if e-cars or fuel cells are more environmentally friendly. Typically, we are not educated enough to really understand the consequences of our actions and not even remotely aware what we, the people, could actually do something about it. People are usually too busy keeping their lives in order. We have children, work in management and put all of our energy into it. For example, I have been busy for 20 years imparting a humane management system to businesses.

Many people, who like me thought ecologically back then and knew we had to be careful, were just simply busy. Many of us were busy with raising our children and earning enough money for this. We paid people with our money (taxes) who were supposed to make sure the next generation was taken care of and the world remained a livable place. For decades, we have paid scientists who have been predicting a climate catastrophe for years with our tax money, so we actually have done our part. We just needed the politicians to act accordingly – in our interest.

And again, they ridicule the younger generation

Instead of using their second chance and saying “thank you kids for finally motivating us! Yes, we will do something”, they stonewall them again. It is again those people who could react, who could restructure the economy, that are now reproaching the next generation by saying they have no idea. Although the kids are only saying: “Listen to your scientists and finally do something.” Just like 30 years ago, they want us to do nothing so they can again say to a generation: “We don’t have to listen to you. Worry about your own behavior. Go collect more plastic garbage while we enact new rules forcing everything to be packed in plastic.”

And they do this with shameful arguments like “Kindly go to school so you can learn something.” So, you should go to school, which as we all know (and as several teacher friends of mine say) has turned into a “dumbing-down institution”. Of course, the elite send their kids to private or Montessori schools, often in London or other countries (which I will probably also do – or setup my own school).

We need a social consensus that we are not facing a crisis, but rather are in the middle of a crisis, and that we need a leadership team to help get us out of it. We need governments to do something rather than hoping another generation gets riled up for a short time, only to eventually fall into disillusionment. I have no idea where you are! Maybe the environmental organizations need to form a mirror government and make “laws”. Maybe then we can all see what would be possible.