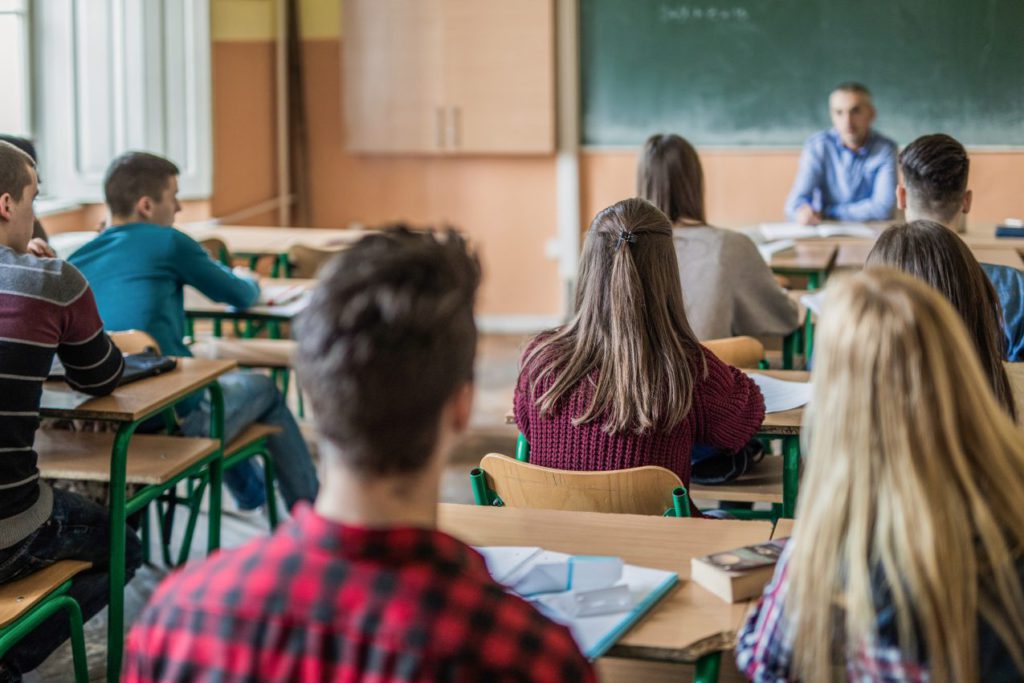 The first results of our Scrum4Schools initiative show that a Scrum-like approach for teaching students actually helps them learn more quickly and with more satisfaction. We will continue supporting more and more schools in Germany and Austria who want to practice Scrum4Schools.

However, there are several studies showing that millions of children don’t even go to school. In the USA, approximately four percent of students are homeschooled. There are essentially two approaches to homeschooling:

At the Moving Forward Conference, Felix Ohswald, founder of www.gostudent.org, said that children want learn about stuff that interests them – and usually without interference. All of us have seen this: The 8-year-old that knows all of the Carrera cars, the 10-year-old that knows everything about football and the 11-year-old girl that knows the characteristics of every horse breed. Apparently, what André Stern – who was never in school – tells us in his talk is possible: You can learn everything, you don’t need school.

Learning is easier with enthusiasm

Stern states in his book “Werde, was du warst”:

The current process uncovered by scientists is as simple as it is clear: Enthusiasm acts like a fertilizer.  Our brain develops quickly and spontaneously when we are enthusiastic about something. Neurobiology has proven what we already know from experience: Enthusiasm is the master key. It gives us wings, allows us to overcome obstacles. When we are enthusiastic, everything can be achieved, learning appears to happen “on its own”. Observing young children has shown that they experience a wave of enthusiasm every three minutes. Adults perceive, on average, the same amount of enthusiasm only two to three times a year…Why has nobody asked the question about what would become of a child allowed to remain in their natural state of enthusiasm?

Children learn when they remain enthusiastic. And this succeeds when they are not hindered while learning, when the game is understood as enthusiastic learning, as Gerald Hüther talks about in his book “Rettet das Spiel”:

Every day, young children experience many such waves of enthusiasm, along with the accompanying “fertilizer release” in their brains. This is the reason why they learn so much in a short period of time with such delight. Not through instruction and guidance or other types of assistance. Instead, through playing, they learn a little bit more about the world every day, especially about their own abilities to discover and shape the world. Trying out what works. Finding out how something fits together or can be taken apart. Getting to know their own body, emotions, mental abilities, discovering their own talents and gifts, practicing and mastering special abilities – children do all this on their own while playing, unconsciously and without purpose. Biologists regard this as a “self-organizing process”: If the conditions and suitable and favorable, a person’s potential unfolds on its own, beginning when we are children but also later as adults.

The task for parents and teachers would be to create a space where this is possible. Where children are constantly able to learn about what excites them. Scrum4Schools goes in this direction. Giving children a chance to learn where they want to – at home or outside in nature, for example, instead of in school – would be the next logical consequence. Just as André Stern talks about, himself never having been in a school.

Free-learning – the first concept for “unschooling”

In Germany, at first glance this seems like a nearly impossible undertaking. There, school attendance is compulsory, which if enforced with help from the police if necessary. It’s a completely different story in England where there is no compulsory school attendance. There, as in many places in the USA, parents can decide how their children should be educated. Even in Austria it is possible to keep your child out of school, although in this case a so-called external student exam must be completed. This means the children take this test once a year to demonstrate they have learned the required school material. Thus, there is a whole line of people that have never seen a school from the inside. And there are people that organized themselves so that this type of learning can be implemented. In Austria, for example, there is a Community der Freilerner:

Free-learning (or unschooling) refers to self-directed learning by young people in their respective environment, as compared to regular school or the classical form of homeschooling. In this type of learning, there are no planned lessons or pre-determined times during the day for school-type activities. The understanding is that learning and education happens everywhere all the time and is not tied to a particular institution; learning is accomplished through intrinsic rather than extrinsic motivation. The young person decides which interests they will pursue and when they will pursue them.

The logic behind this setup stems from the fact that children want to learn all the time and anywhere, as Gerald Hüther states:

Children playfully discover the world. They keep trying until even the most difficult things are successful. They practice failing and succeeding. Thus, they realize through experience that they can do more that what they maybe thought possible. They learn from within. All on their own. It is really fantastic how simple life goes. If you master the rules of the game, life is a snap.

Free-learners assume that schools cannot really teach children anything, because learning is sanctioned there and every child must learn the same thing – regardless if they are interested in it or not. Some parents have written about their experiences, for example in the book “Wir sind so frei: Freilerner-Familien stellen sich vor”. It is written by families in Germany, Switzerland and Austria who decided to take their children out of school. Among other reasons, they realize school often does not produce the results we expect from it:

Taking a look at the problems of classically schooled young adults today, shows that the continuous demands of school causes a majority of these young adults to do nothing for a while after compulsory schooling is finished. Or at least nothing which would ensure their independent livelihoods.

The idea is born, now we have to find the way

School is – at least according to free-learners and one of the most renowned brain researchers – ineffective. The question is whether we as parents do something against this?

If want to make is possible for more children to be educated without formal schooling, then we need to consider how we can organize this. Because many people I have spoken to about Stern’s idea and the free-learning method say the same thing: “That is a great idea and I would like this for my child – but how should it be done? We must go to work and have no time to teach the children.” For them, school or even kindergarten is an institution to care for their children.

Yes, I will admit that I also don’t know right now how I could make it possible for my children to not attend school. However, I find it an important idea that we should continue giving thought to. If you would like to chat with free-learners, I can recommend the Freilerner-Festival as a potential point of contact.

P.S. If you would like to read the conservative counter argument, I would recommend this article in the Profil magazine.